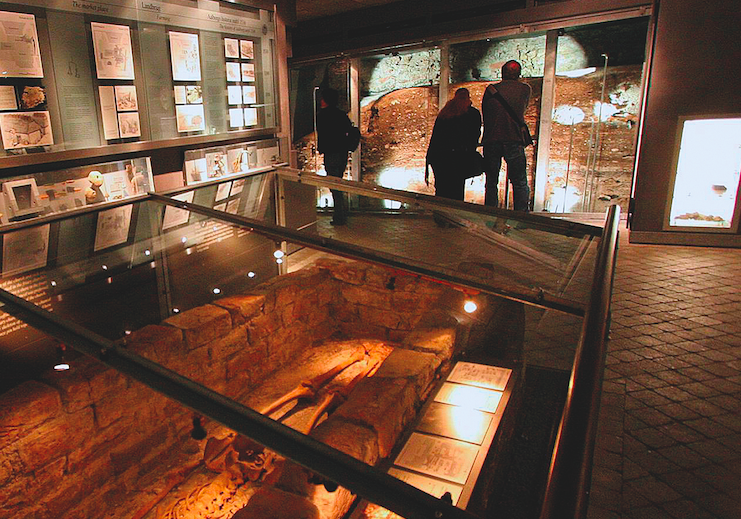 The Danish status of religion is seemingly contradictory with a state-supported church and religious freedom – simultaneously. The Danes are described as ‘belonging without believing’. Rather, beliefs are regarded as deeply personal. The Danes are, typically, open-minded and skeptical. Denmark has been described as a case of secularization, due to modernization, even of a god-less society. But the data rather point to skepticism and spiritual change. In a comparative perspective, Denmark forms a special case (with Scandinavia). Religion is more influential in Southern Europe and especially in North America. Religion is also re-emerging in global society. Therefore, we need to discuss what is wrong with the view on modernization which assumes the marginalization of religion.

Before Easter! Join the Greyfriars – 3 meters below ground-level!

Beneath the pedestrian street Algade you’ll find the remains of the old Greyfriar monastery, now a museum. This evening we will have a short ceremony with music and readings inspired by the old friars in the remains of the old church. After that the curator from the museum will tell about the monastery and the life of the old monks. We will end the evening in the student house with free refreshments. Please meet in Algade at the escalator to the museum outside the department store ‘Salling’ at 18.45.

Organizers: The University Chaplains and the Museum of Aalborg